View the 1901 Census records for the MYS04 Branch
END_OF_DOCUMENT_TOKEN_TO_BE_REPLACED

View the 1911 Census records for the MYS04 Branch
END_OF_DOCUMENT_TOKEN_TO_BE_REPLACED 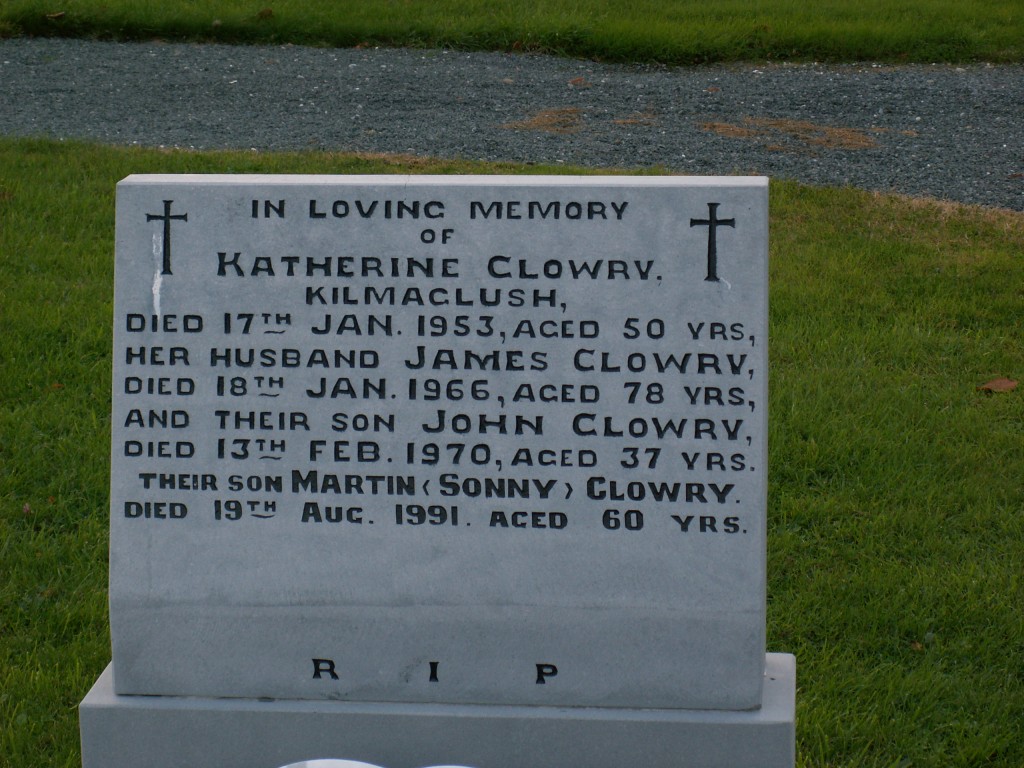 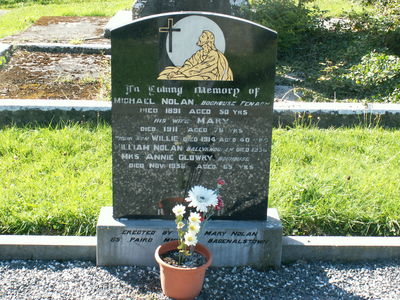 MYS04    KILMAGLUSH Clowry
These are branches that originate in Kilmaglush/Kilmaglish, Myshall. It contains three subbranches that can probably be merged together.
Subbranch 1) Contains Darby Clowry(1797-1878) married Mary Kealy(c.1808 -1878) and their descendants. The tree continues up to the present date. The only certificate missing is one for Alicia Clowry (1894 – ?)
Subbranch 2) Contains Martin Clowry and Catherine Dunne who had kids Michael (1823 -?), Winny (1825 – ?), Alicia(1828 – ?), James (1830 – ?). It is possible that Darby (subbranch 1) and Martin (subbranch 2) were brothers.
Subbranch 3) This has been moved to Kilbricken